How Together Fund evaluates startup teams 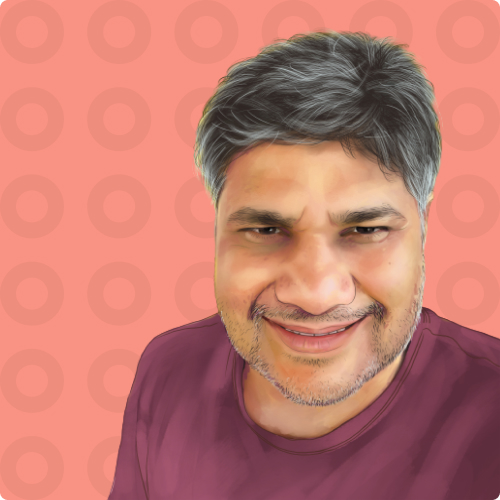 Almost a decade ago, I met Varun Shoor. He was shy and soft-spoken. Varun measured his words when he spoke. But when he did, you had to listen. He ran Kayako, an enterprise help desk product that counted Disney, Sega, and T-mobile as clients. What was unique about Varun was that he was a full-stack entrepreneur. He knew how to think about product, he could hustle and do sales, he could pull up a chair and code.

What was even more special was that Varun was self-taught. He had just about managed to clear high school in Jallandhar. By then he had got access to a spare computer at his father’s hammer-making factory and was hooked. After some time in web development, he had an idea for a customer support software, followed it, built a company around it, and then sold it to a private equity fund in Texas called ESW Capital.

You may think Varun is an outlier, an overachiever. But he isn’t. Pallav Nadhani from FusionCharts is another one of these self-taught entrepreneurs. He channels the best of Kolkata, he exudes joy and intelligence. And he is another entrepreneur who dropped out of university at 17 after learning to code in school, ran his company, clocked revenue of $10 million, and then sold it. All of this bootstrapped.

The truth is that these two — and several others — represent the immense potential of the Indian product dream.

Often VCs and entrepreneurs have leaned on just premier institutions such as IITs, IIMs, and Ivy League colleges to either hire or fund. Graduates from these institutions are bright, intelligent and hardworking. But the idea of exclusively hiring or funding them is antiquated. The prevalence of edtech, which has democratized learning coupled with entrepreneurs, such as Girish Mathrubootham, who have made it big without being from premier institutions has put us in a place where we need to recognise talent for what they bring to the table apart from their degrees.

Another example is my colleague Manav Garg who had written a detailed post on SaaSBOOMi on how India could unlock a $1 trillion opportunity for SaaS companies alone and create over 500 million jobs. Think of it this way. Less than 2% of the 1.2 million JEE exam applicants manage to get admission into these institutions. The rest land in institutions without star power. These places, too, are brimming with potential. We believe that the vast, talented majority, that for reasons beyond anyone’s control, did not end up in a coveted institution, is going to be the builder of the next wave of disruptors.

At Together, we believe in that mission. To get there, we need to be imaginative and creative with our ideas and our entrepreneurs. We want to nurture ideas and help the founders realise the physical potential of that abstract but exciting concept in their heads.

To unlock the $1 trillion opportunity, we need to be imaginative and creative with our ideas and our entrepreneurs.

Degrees were shorthand for expertise. The institutions where people studied defined how well they would know a subject. The IITs and IIMs had the best faculty in the country, so they had the best students. If you’ve been to an IIT, then you must be an expert. If you didn’t, you probably aren’t as good as those who did. For years, that’s how VCs invested. It worked because that’s where all the talent was. But things are changing.

Technology has started to change the way people access education. Curriculums are available on the internet. And people have started to pick up skills beyond what they’re taught.

The impossible to ignore trends

A smart VC spots large trends. Doubles down on them, and sees them through. So, let’s look at some trends when it comes to success.

They all learned from life what no college would have taught them. The Kamaths, for example, have been trading since their teens and so they understood the problems with that world.

It’s about solving problems. Can the founder:

It is in these four points where the entire argument lies. If the founder can visualise a problem as Nithin Kamath could. Identify the market as Byju Ravindran did, build a solution as Gaurav Munjal did, and execute like Ritesh Agarwal. We have a winner. And these winners exist.

The things we are looking for

The first thing we want from a founder is clarity. Together wants to put its trust into an idea. To us, it doesn’t matter where they are from, a city, or a village, a private institution, or a premier one. But we need an entrepreneur to understand their product, the market, and the customer.

Can a founder answer the following questions in the pitch?

If a founder can clearly define and present the product idea, if they have deeply thought about it and analysed the problem, it will show in their pitch. Together believes in giving funds to the founders who have this clarity of thought. If a founder has it, then IIT or no IIT, we want them.

One reason founders from premier institutes find success is their ability to reach into the community. IITians have been able to build a community based on their hard work. It’s time we built an ecosystem, which rewards excellence.

Like in the US, people have been fighting for the rights of the Black startup founders to get funding. We want to fight for our founders in India and against unconscious biases, like naturally favoring premier institute graduates over others. This is why we want to dismantle the existing system and build a new one. We want the selection criteria to be changed. We hope to redefine the way we look at a founder. So the primary focus is on their idea, their product, their research, and their execution plan.

Together sees the unfairness of the process and is working towards leveling the playing field. Consider this a call. We want to invite every VC and every founder to join us as we imagine a better world Together.

Things that don’t matter to us

Imagine this. You have an idea for a company. In your daily travels, or at your workplace, you noticed a problem. You have come up with a solution for it. Now, to make a company out of your idea, you need help. You want to turn to a VC firm for that. But you lack confidence in yourself. You did not study at an IIT, nor do you have an Ivy League degree. You studied in a local university that may or may not have equipped you with the tools and knowledge necessary to pitch your idea in a convincing manner. What do you do?

The good news is that Together is interested in your idea, your plan to execute that idea, and not in your college degree. Don’t let the lack of a premier institute tag affect your morale.

We understand where your apprehensions are coming from. For years, having the exclusive institution label has worked for founders. It has been the unofficial precondition for VC firms to even consider an entrepreneur for funding. The tips have been scaled in the favour of the elite institution graduates. VCs have oftentimes invested in founders based on their institution tags, and we don’t think it’s the wisest way of making bets. While we understand degrees are signals for VCs and inspire trust, we also know that great potential exists beyond the gates of the premier institutions. This investment pattern is something that needs to be changed.

Together wants to disrupt this pattern and is doing it slowly, each day.

Just as an aside, Together has, so far, made seven investments. Four of the founders aren’t from a premier institute. But more on that later.